Rummy is rooted in Indian history and culture, and this game is played in every household. If you are just getting started with this game, here are the most important rummy rules that you must know before starting to play.

Here follow all the rummy game rules that you should know:

What is a sequence?

A sequence is a group of three or more consecutive cards of the same suit. There are two types of sequences in rummy: pure sequences and impure sequences. 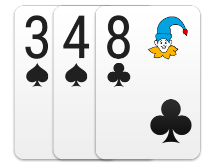 What is a set?

According to the rules of rummy, players can arrange their cards in either all sequences or sequences and sets. A set is a group of either three or four cards of the same rank but different suits. No set can have more than four cards. You can use a printed joker or a wild joker to replace a card in a set. 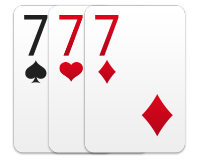 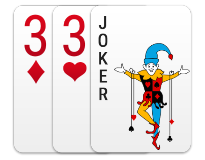 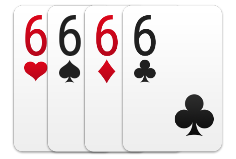 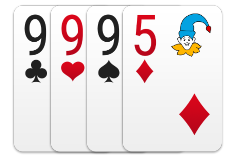 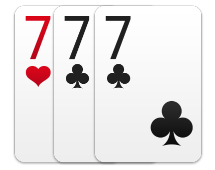 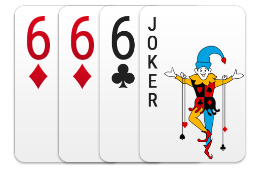 Jokers are very important cards in rummy. You can use them to create impure sequences as well as to create sets. In a rummy game, there are two types of jokers. 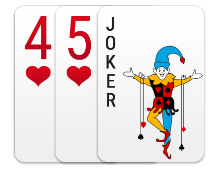 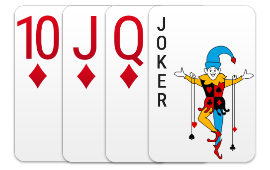 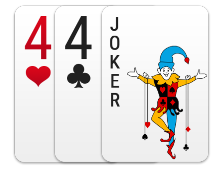 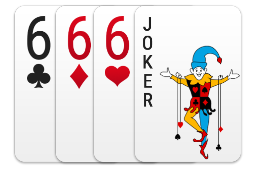 Valid and Invalid Declaration in Rummy

When you have all the cards arranged according to the rules, you have to make a declaration and show your cards to your opponents. Listed below are some valid declarations.

■ Other Cards Arranged in Sequences/Sets 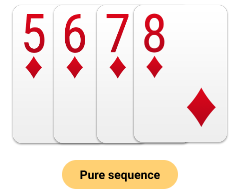 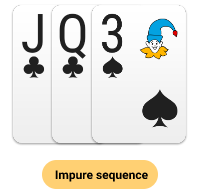 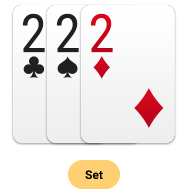 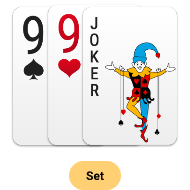 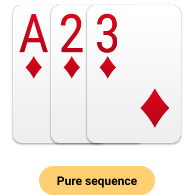 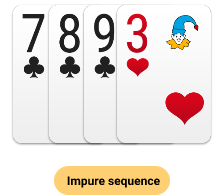 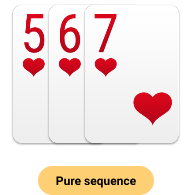 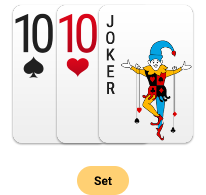 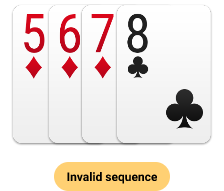 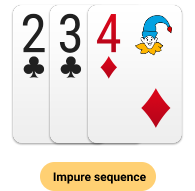 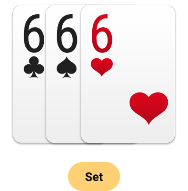 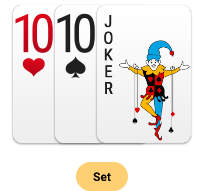 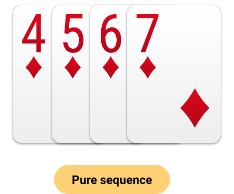 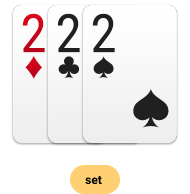 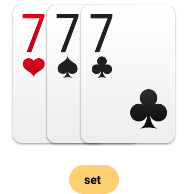 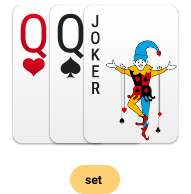 While focusing on picking the cards smartly, you should also keep an eye on discarding the cards that you feel are not right for you.. If you have two cards and you only need one more to complete a sequence, you should hold on to them. However, if there are fewer chances of arranging cards in valid groups, you should get rid of them.

For example, if you already have 6♣ and 7♣, you should keep them as the chances of getting either a 5♣ or 8♣ are high.

You should use your high cards wisely, and only hold on to them if there is a high chance of arranging them in sequences or sets. If there is a remote possibility, get rid of them as soon as possible.

To play a rummy game, you also need to understand points calculation. In addition to learning Indian rummy rules for playing, you should also be aware of point calculation rules. Here is how the point system works on Rummy.com.

Just as you need to be aware of all the important rules of Indian rummy to play 13-card rummy, you need to know some additional rules to play 21-card rummy.

Rummy Tips and Tricks to Win

The fundamental rules of playing rummy demand the players to group all cards in valid sequences and sets in order to make a valid declaration. In rummy, it is mandatory to create at least 2 sequences, of which at least one must be a pure sequence. All cards are arranged from low to high with Ace, 2,3,4, 5, 6,7,8,9,10, Jack, Queen, and King, where all face cards (A, J, Q, K) have 10 points each
As per rummy rules, a set is a group of 3 or more cards belonging to the same rank but coming from different suits. While forming a set, the player can use a printed joker as well as a wild joker. Also, note that there are no pure or impure sets; a set is just a set in which a joker is either included or not.
Yes, the player can discard a joker if he/she feels that they can arrange the cards without its use. But it is always recommended to only discard jokers if they are in excess or the player is 100 % sure of not needing the joker while arranging the cards.

Home About Us FAQ Refer and Earn Help

If you need any help or support, please contact us at support@rummy.com.